The Australian government will be making over 1,000 new university scholarships available to local and international students in Australia every year.

This is part of the Australian government’s move to encourage international students’ population growth in regional areas as part of its new population policy.

This was revealed by the Australian Prime Minister, Scott Morrison on the 27th of March 2019.

According to the Prime Minister, “The impact of our international student industry and our tourist industry obviously is massively important for our economy. It creates a lot of regional jobs, … So, you’ve got more of those students who are coming in choosing to study in regional areas or places like Adelaide or Darwin and things like that, that is going to support those economies and it’s going to remove congestion pressure off Sydney and off Melbourne.”

International students who take advantage of these scholarships over the next four years also have the opportunity to stay in Australia for an additional year under a new Temporary Graduate Visa.

Major Contributor To The Economy

According to the Department of Education and Training, in 2018, only less than 20,000 of 399,079 international students enrolled in Higher Education were in the states of Tasmania, ACT and Northern Territory.

The international students’ sector is a major contributor to the Australian economy. It is estimated that it adds about $32 billion to the economy every year.

The Australian Government plans to encourage more skilled workers to go to regional areas. This will be achieved by giving them access to two new regional visa categories for skilled migrants.

These visas provide migrant with the opportunity to apply for a permanent visa if they can show that they have lived and worked in regional areas for at least three years before they can become eligible to apply for permanent residency.

This is what informed the Australian Government’s decision to make this new group of scholarships available to international students.

These scholarships will cover students living and study expenses in regional universities for up to $15,000 a year.

The regional scholarship program is due to kickstart during the first semester of 2020.

This, of course, raises the question of a comparison between living costs for students living in metropolitan areas and those living in regional areas.

If you have any questions or you need help with how you can study, live and work in Australia, you can book an appointment with us at YouEnrol. 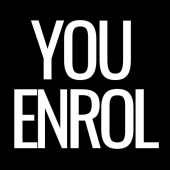